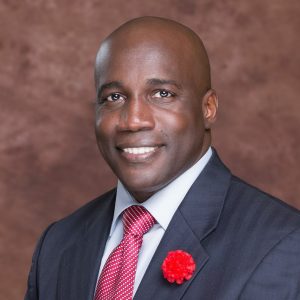 Dr. Will is a Military Veteran and President of Will Moreland International, LLC, a leading training and consulting company dedicated to helping individuals and organizations maximize their potential.

Dr. Will is a highly sought after Keynote Speaker for Leadership and Business Growth, known as America’s #1 Leadership Life Trainer, he is one of the most inspiring thought-leaders and leadership trainers of our time.

He has been called the Kobe Bryant of Personal Development for his tenacious approach to helping others discover their Genius Potential and live their best life. He has worked with numerous organizations in 40 different countries. Such as Intel, Edward Jones,USDA,US Army, Boeing, MLB, and NASCAR. He is a passionate keynote speaker, trainer, author and mentor.

Prior to founding his company, Dr. Will served 8 years in the United States Army. He was deployed on two separate missions and received top honors for his leadership acumen.

Dr. Will inspires individuals to impact their environments and influence change. Dr. Will is author of over 40 books, 15 which have reached bestseller and he is noted as being the only Speaker Trainer to have 4 bestselling books in one day. His books are read in more than 45 countries.

As an internationally known keynote speaker and business authority, Dr. Will has received numerous awards, in 2014 he was named a Top Thought Leader, in 2015, Diversity and Inclusion Leader of the Year, in 2016 Community Business Leader and in 2017 NAACP Business Leader of the Year. He has been named a Top Leader to Follow on Twitter and has appeared on many national and local TV broadcast as well as featured in Forbes, INC, Black Enterprise and many other magazines.

His message is simple…IMPACT.INSPIRE. INFLUENCE. He believes that is what each of should strive to do, in our lives, communities, careers, and businesses.

A family man that is committed to transforming his family history and leaving a legacy for his children’s children to follow. He is married to Dr. Kristie Moreland and they share the joy of leading two wonderful children, Karah and Champ. They make their home in Arizona, but are originally from California.