The Omaha 360 Collaborative is now a nationally recognized violence prevention and intervention model.

The collaborative approach shows what is possible when all sectors of the community work together. Hundreds of organizations and thousands of residents including youth and adults have taken part in the community-based strategy over the years.

Working together to end gun and gang violence; develop peaceful and prosperous neighborhoods.

To make Omaha a great, safe city, in every zip code! 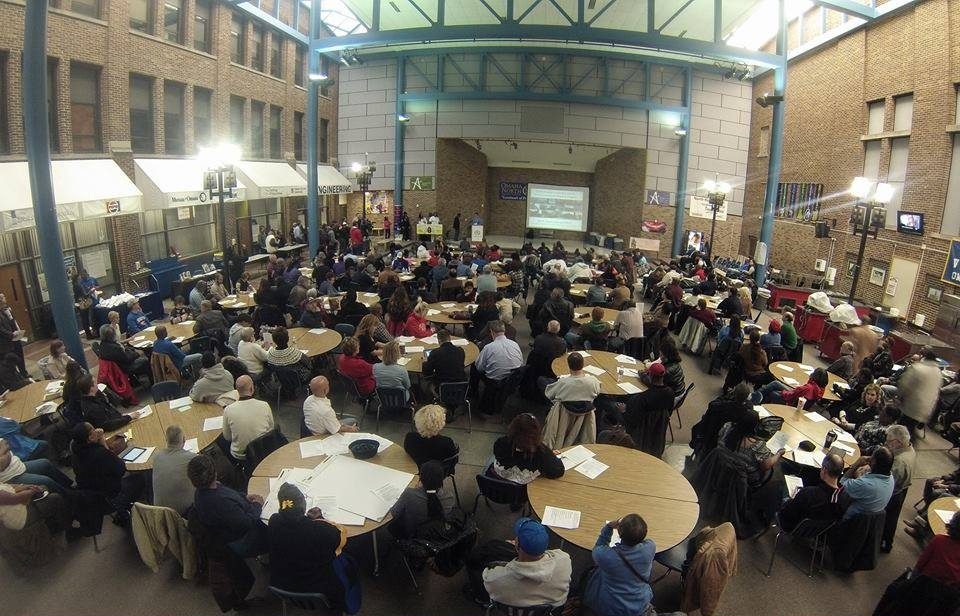 In December 2008, after working for two years as the Empowerment Network’s Violence and Prevention Team, the community effort evolved into what is now referred to as Omaha 360.  The collaborative effort brought together residents and stakeholders to bring consistent focus and attention to reducing gun and gang violence in North Omaha and city-wide.

The group realized that in order to be successful, residents, leaders and others from all parts of the city would need to get engaged in the work. The collaborative efforts have had a positive impact, especially during summer months. We have a long way to go, but there’s reason for HOPE.

Omaha Police Department reports show a 74% decrease in gun violence from 2008 to 2018.  OPD reports that 2017 and 2018 produced the lowest number of gun assaults in nearly 20 years.  The homicide rate was the lowest in nearly 40 years.  The Omaha 360 model has been recognized as a best practice approach by the US Department of Justice.  In 2018, Omaha 360 received the national community outreach award at the national Safe Neighborhoods Conference.

While Omaha is making positive strides in reducing gun violence, one life lost to gun violence is one too many. The results over the past thirteen years show that when neighbors and communities work with the police and get involved with the partnership, we see measurable and dramatic results. There is a role for everyone.

The Omaha 360 Violence Prevention Collaborative meets every Wednesday from 2 pm to 3 pm at the Omaha Home for Boys – 52nd and Ames – Wurdeman Conference Center.  Between 70-100 participants engage every week to continue the work of preventing and reducing gun violence through the collaborative approach.

The 10 Recommendations were identified by community members and prioritized during Omaha 360 Justice Summits in partnership with the OmahaNAACP, Urban League, Malcolm X Foundation and others.

The Omaha Police Department has implemented many of the recommendations, instituted policy changes and significantly increased diversity within the police department.  Use of force has been reduced and officer involved shootings have declined sharply from 11 in 2010 to 1 in 2019 and 0 for the first six months of 2020.

The Omaha 360 team is working with the community and police department to identify the next 10 Justice Reform and Police Accountability recommendations.