Dr. Randal Pinkett has established himself as an entrepreneur, speaker, author and scholar, and as a leading voice for his generation in business and technology. He is the founder, chairman, and CEO of his fifth venture, BCT Partners, a multimillion-dollar research, consulting, training, technology, and analytics firm headquartered in Newark, New Jersey.

Dr. Pinkett has received numerous awards for business and technology excellence including the Information Technology Senior Management Forum’s Beacon Award, the National Society of Black Engineers’ Entrepreneur of the Year Award, and the National Urban League’s Business Excellence Award. He has been featured on nationally televised programs such as The Today Show, Fox Business News, MSNBC, and CNN, and he has been recognized by USA TODAY newspaper as one of the top twenty scholars in the country. In 2009, he was named to New Jersey Governor Jon Corzine’s official shortlist as a potential running mate for Lieutenant Governor of New Jersey.

Dr. Pinkett has served as a brand ambassador for AMTRAK, Verizon Communications, and Outback Steakhouse, and as a national spokesperson for Autism Speaks, the National Black MBA Association, the MillerCoors Urban Entrepreneurs Series, New Jersey Reads, Junior Achievement of New York, and the Minority Information Technology Consortium. Most notably, Dr. Pinkett was the first and only African-American to receive the prestigious Rhodes Scholarship at Rutgers University. He was also the winner of NBC’s hit reality television show, The Apprentice, having been selected as one of eighteen candidates chosen from among 1 million applicants to compete for this opportunity.

Dr. Pinkett is a highly sought-after speaker for various corporations, colleges and universities, government agencies and community organizations. He is the author of Campus CEO: The Student Entrepreneur’s Guide to Launching a Multimillion-Dollar Business and No-Money Down CEO: How to Start Your Dream Business with Little or No Cash. His latest book, Black Faces in White Places: 10 Game-Changing Strategies to Achieve Success and Find Greatness, presents the strategies African Americans and other emerging majorities use to successfully navigate today’s rapidly changing professional landscape. Black Faces in White Places was named one of the “10 Best Books of 2010.” Based on the book’s “10 Game-Changing Strategies,” Dr. Pinkett has launched the “Campaign to Redefine the Game,” which represents a call to action for Americans to level the playing field in the 21st-century workplace.

Dr. Pinkett is a proud member of Alpha Phi Alpha Fraternity Incorporated, the National Society of Black Engineers (NSBE), the National Black MBA Association (NBMBAA), the Black Data Processing Associates (BDPA), and the Information Technology Senior Management Forum (ITSMF), as well as a member of the board of directors for the New Jersey Public Policy Research Institute (NJPPRI), the Nonprofit Technology Enterprise Network (NTEN) and the National Visionary Leadership Project (NVLP). He is also a proud graduate of Leadership New Jersey and the Rockefeller Foundation’s Next Generation Leadership program.

Born in Philadelphia and raised in New Jersey, Dr. Pinkett is a proud member of Alpha Phi Alpha Fraternity, Incorporated and First Baptist Church in Somerset, NJ, where he resides with his family, including a daughter and two sons. Dr. Pinkett firmly believes that “to whom much is given, much is expected,” so throughout his endeavors he places great emphasis on his desire to give back to the community. 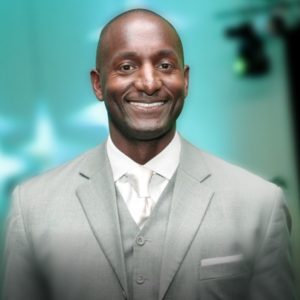